Diversity has always been one of North Shore’s strongest assets. In 2011, it was home to 59,855 immigrants, representing 34.5% of the total population – a proportion that was only slightly lower than those of Toronto or Burnaby, cities regarded as among the world’s most diverse.

Immigrants play a crucial role in helping to grow our communities, as they boost school enrollments, the labour market, and many other aspects of community life on the North Shore.

Demographic data of recent immigrants who arrived in Canada between 2011-16, with top countries of origin for most recognized neighbourhoods. 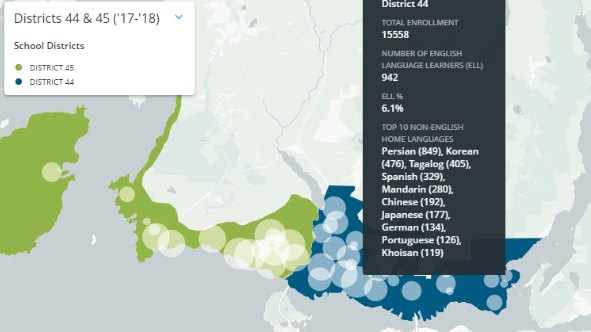 Demographic data of English Language Learner (ELL) students in School Districts 44 and 45 for 2017-18.

The North Shore Immigrant Inclusion Partnership honors and recognizes that our collective work is carried out on the traditional, ancestral, unceded, and occupied territories of the Skwxwú7mesh (Squamish), Səl̓ílwətaɬ (Tsleil-Waututh), and xʷməθkʷəy̓əm (Musqueam) Peoples.